CPSRENEWAL.CA Weekly: Development Programs and the Culture of Entitlement 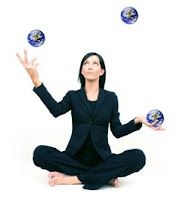 When I first started in the public service, one of the first things I noticed was the need for greater performance management. It wasn’t until I read Etienne Laliberté’s An Inconvenient Renewal that I truly understood why:

[Etienne’s] favourite illustration of the challenges of managing performance comes from Tim Brennan of HiringSmart Canada. Brennan explains that any group within an organization is composed of three types of workers who collectively produce 100% of the output of the organization:

Despite having two groups of workers who collectively could generate 120% of output, the organization’s productivity is hurt by the poor performers: “Not only do they not directly produce anything of value, they demoralize everyone around them.” (Etienne Laliberté, An Inconvenient Renewal)

There are numerous ways to more actively manage performance within the workplace: establishing performance goals; documenting performance plans; observing and providing feedback; evaluating performance; rewarding good performance; and addressing poor performance. Development programs are becoming an increasingly popular tool because they wrap all of these activities up into a single coherent package. As someone who provides input into development programs, I understand that they address the need to develop and retain talent, to promote a learning environment, and ensure that there are resources available to step up as people leave the organization.

The Link to Entitlement

The culture of entitlement in the public service is probably one of the behavioural norms newcomers in the organization first notice. Not only is entitlement pervasive and acceptable, it is even encouraged. Therefore it is not surprising to see that although many newcomers are initially turned off by this aspect of the culture, it is probably the one they assimilate the most quickly. (Etienne Laliberté, An Inconvenient Renewal)

The appropriation by new hires of the culture of entitlement is an extremely disheartening reality. I have seen many new hires speak so vehemently about development programs that you would think they consider it their absolute right. Again while this may be the case sometimes (i.e. check your letters of offer my friends) more often then not it is mere window dressing. Moreover, development programs are also too often described by hiring managers as vehicles of promotion. They emphasize the career progression and promotional aspects of the program rather then the opportunities the programs present in terms of professional and skills development. The result is that new hires ignore the training options available to them (say by writing and holding your manager to account via a Personal Learning Plan) and focus on the absence of a formal program.

Can we honestly blame new hires for focusing on exactly what they were told to focus on during the on-boarding process?

Hiring managers are deploying everything they can in order to pique the interests of an increasingly mobile knowledge workforce that is smart enough to take full advantage of supply shortages. Sadly, I know a handful of recent Post Secondary Recruits, all of whom were (falsely) under the impression that they were going to be parachuted into a development program immediately upon entering the public service and that they wouldn’t have to juggle career choices for the next 3-4 years while they were learning the ropes in the development program.

Now they are faced with the absence of the program and the reality that they now need to make choices about their careers, while their experience in the public service makes them fear the possibility of the false promises of others (fool me once…).

[Afterthought by ncharney: What ever happened to rolling up your sleeves and doing it yourself? Why not hype that opportunity in the on-boarding process, maybe it will breed that type of work culture...]