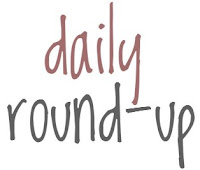 Senior Civil Servants in BC are still under the gun for their pay raises.

Former president of the Nuclear Safety Commission, Linda Keen, is in the news again.

Public Works has apparently put the kaibosh on all new contracts posted on MERX unless a compelling case can be made for the procurement as essential.

There is an interesting article about the new head of the New Brunswick civil service, David Ferguson. He sounds like a pretty good guy to work for:

One senior civil servant who has worked closely with Ferguson said he demands both quality and timely recommendations, putting a premium on thorough advice. But he is blessed with a management style that exudes conciliation over confrontation.

"He puts people at ease with an informal manner. He's not at all hierarchical, wears a tie only as needed, and a great sense of humour runs in the family," the source said.

A video of a bureaucrats is making the rounds on the internet, albeit for completely political reasons.

The video is getting a lot of press (including a great spot on the Current on CBC Radio One this morning) and the numerous versions floating out their on youtube combine for about 100,000 views. Imagine if we put together a tongue in cheek video about renewal that got that kind of coverage.

(BTW, I feel it worth mentioning that I can't actually view the video from behind the firewall ... so I hope that link works... if not try youtubing for 'culture in danger' or 'culture en peril'.)

Mike Kujawski posted the presentation he did from Podcamp 2008 in Montreal. You can head on over to check it out.

FYI we are 'mentioned" in slide 42 as an unofficial government blog. (Thanks Mike!)