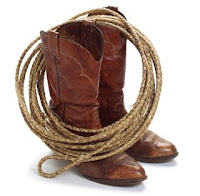 [Note of caution, this is fairly long round up, but I have tried to give context to everything I am pointing to, in the obvious hope that you will click through or engage in whatever discussion you feel most interested in.]

First of all I would like to welcome a new public servant blogger to the fray, friends meet Amanda. You can also catch an article she wrote for CGEM here.

In continuing to foster our discussion about leadership, I came across this in a tweet by @DGTweets: Why Can't We Figure Out How to Select Leaders? Here is my favorite musing from the summary on leadership:

Some of the more interesting [questions about leaders] included Kapil Kumar Sopory's suggestion that we look for "... the person with the biggest fire inside of them...." Rowland Freeman would ask, "... how will the selected individual handle power?" Edward Hare suggested that results fall short of expectations "... because we don't understand motives (of the candidate for the leadership position) ... How many aspiring leaders are not genuine or authentic? They're the ones that scare me." These comments raise the question of how much theory tells us about selecting for harder to measure characteristics such as possible behaviors under fire and motives as opposed to skills and past accomplishments.

NB: There are also 88 comments on the thread, here are a couple of my favs:

(12) Way too much thinking and evaluating going on. Maybe we can't see the forest for the trees? I watch how people treat and support others. I knew a Coast Guard retiree that became a grade school janitor that ended up becoming head of a school district. Why? Because he knew how to treat people, connect with the kids, teachers, and parents. It wasn't about all the fancy degrees, publishing, and ego. He cared about the kids and their future. Look at the heart and soul of people. See what they do. You will find leaders... (Phil Clark, Clark and Associates)

(17) The criteria for hiring future decision-makers, beyond their education, is often subjective. In many successful cases where the new hire became and effective leader, we had to first convince the hiring authority to look beyond stereotypes and beyond their first-choice, to hire that person.

God may have created man in his own image, but business leaders who use that same measure are often disappointed. (Robert Stevens, CFA, President, Douglas-Allen Inc., Executive Search)

I don't fix my car brakes because I don't have the skill and I might die as a consequence... (Luis X. B. Mourao, Senior Manager R&D, Bang & Olufsen)


(73) A good leader is easily spotted a mile away. The problem is that we often ask the wrong questions, and our internal compasses are sometimes off track... (Marquen Joubert, Senior Vice President, LynRay Engineering)

I think that these comments are all pointed, especially given the conversations I have been having with people on the subject of leaders being promoted into leadership positions because they were technically competent, not necessarily because they are good leaders. Truth be told, I heard this was an issue before I even joined the Public Service.


How We Interact with the Public Should be Simple and Genuine!

I think that Seth Godin's short and simple blog post on Looking for Yes is highly relevant to any government line department.

Moreover, I think we should strive to make all of our interactions with the Canadian Public this genuine.

Here is an absolutely fantastic piece by David Zussman on simplifying the government hiring process, here's a taste:

... [the committee] has issued two frank assessments of the HR governance system. Specifically, they concluded that the regime was too complex and unwieldy for a modern organization in competition for talent, there were too many rules and constraints that governed the HR system, and there was too much duplication of effort within central agencies and in individual departments.


... the government folded the former Public Service Agency into the Treasury Board and created the position of chief human resources officer (CHRO) to head the new branch. The new CHRO, Michelle D'Auray (former Deputy Minister of Fisheries and Oceans) will oversee a narrower set of corporate functions that includes co-ordinating government-wide employee surveys, monitoring the impact of demographics on hiring needs, and, most importantly, developing an integrated compensation system for the whole of government. Second, many of the responsibilities of the Public Service Agency were dispersed into individual departments, making it clear deputy ministers are the centre of the new HR regime.

If you are interested in knowing more about Twitter and how you can use it, here is a 10 minute TED talk on Twitter, and article that examines whether or not twitter is efficiency engine or workplace distraction.