Special Edition: An Interview with a Not So New Hire 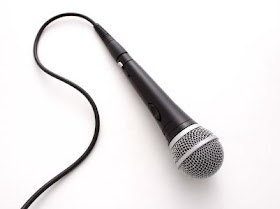 A while back we interviewed a new hire. That interview is still one of my favorite posts because I know a lot of public servants who can (and did) identify with the adversity the new hire faced during the onboarding process. Well we [CPSR] are back to conduct another interview, this time with a not so new hire [NSNH], who spoke about their own experiences with entering the public service, and some of the challenges they’ve faced with staying in it.

[CPSR]: Hello, and thanks for agreeing to share your story with us. Why don’t we start at the beginning, when did you start in Government?

[NSNH]: I started working for the Government when I was 18. I was working part-time answering calls five afternoons a week in a Deputy Minister’s Office (DMO) while I was a student and then worked full-time for the summer. Eventually there was a change in management and, despite my hard work, I was let go without a rational explanation.

[CPSR]: What happened next?

[NSNH]: Well, a few months went by before I was re-hired through the FSWEP program. My first day on the job, I was told that my work station wasn’t quite ready, which was understandable, but I found myself sitting in my bosses’ office for the first week. Like most new jobs, I was given a ton of reading material so I could bring myself up to speed and be ready to hit the ground running as soon as my workstation was up and running. Two-weeks later I finally got my new office.

[CPSR]: How was the office?

[NSNH]: Let’s just say it was less than optimal. I was stationed at the complete opposite end of the floor, very far from the rest of my group. In fact, my new office wasn’t actually my office at all. It belonged to someone else who was working part-time. Everyday I came into work and was met by pictures of someone else’s family. I was incredibly uncomfortable.

[NSNH]: Well, I obviously ran out of reading material so [I] spoke with my manager. Instead of tasking me with something, she told me she was working on a work plan for me and that I would have a better idea of what my role would be when she would be done.

[CPSR]: How long did it take her to complete the work plan?

[NSNH]: I never saw it. I asked about it for months. In retrospect, the only thing I ‘accomplished’ during my FSWEP term was reorganizing the central filling cabinet. I felt completely insignificant. I’m still convinced that I could have just walked out and not come back and no one would have been the wiser. What was even worse was that whenever the higher-ups came by the office my management team was quick to point out to them the number of students they had hired; like they were more interested in filling a quota than giving us some tangible work experience. When it came time to renew my contract, I declined.

[CPSR]: What happened next?

[NSNH]: A year went by before I decided to give it another shot. I accepted a casual position as an administrative assistant for a director that I worked for in the past. The director offered to keep me on board via the FSWEP program during my last year of University.

[CPSR]: Sounds like you finally found someone willing to give you some support.

[NSNH]: Absolutely. I was really fortunate. That director was a great mentor. Unfortunately, the director ultimately accepted a job in another department. I was left without a manager for 4 months. It was incredibly stressful, especially because I was hoping to be bridged in after I completed my degree. Technically I was reporting to a director general, but that person ultimately had no idea who I was, [what] work I was supposed to be doing, or [took] the time to sit down to figure it all out.

[CPSR]: Sounds like a bit of a difficult situation. What was your strategy moving forward?

[NSNH]: Yeah, I didn’t know if anyone was going to hire me. I needed to make some connections and demonstrate my abilities. So I went around to several teams in my branch offering my help. Luckily, someone took me up on my offer, and eventually bridged me into a junior position. I worked in that branch for a full year as a permanent employee; it was fantastic and a great learning experience.

But looking back, I feel like people were reticent to take an interest in my career because I wasn’t a full-time permanent employee.

As the year went by, I began to feel like I had mastered my job so I started to look for other opportunities and additional responsibilities within my branch. Unfortunately, the only positions available were either very senior or very junior. It was impossible to move up. I found an opportunity in a different department that fit my interests and background so I took it.

[NSNH]: During my first week my manager informed me that she was taking a month long stress-leave and that I would be managing the unit while she was away. I would be responsible for liaising with regional offices in order to coordinate their input on a number of projects. I thought it odd to be flung into it, but was eager to take on the opportunity, hoping that I would be able to deliver.

[CPSR]: Did you deliver?

[NSNH]: Not exactly. About a month into it, I realized that something was very wrong. My relationship with the regional offices deteriorated quickly for a number of reasons that seemed beyond my control. Two months later my manager came back, but by then it was year-end and we got swamped with files from the regions to review. On top of that we got hit with a Cabinet shuffle and my program got transferred to an entirely different department. The global reporting relationship became unclear but my work just kept piling up. I easily had the work of 5 people sitting in front of me on a daily basis, making the deadlines unmanageable. When I first started there were 5 employees in my group. Within 6 months I was the only [one] left. Everyone left, like rats abandoning the sinking ship. I, like them, was quickly coming to the realization that it would be in my best interest to again start looking for another job.

[NSNH]: Yes, and in fact, this brings me to my current situation. Before I arrived here, I was considering two options. I was considering going to either Montreal or Ottawa. It was a really difficult decision but I ultimately decided to accept the position that offered me a spot in a developmental program because I thought it would provide me with some stability and structure over the long run – something that thus far my career in the public service was severely lacking.

[CPSR]: Is the development program giving you the structure you wanted?

[NSNH]: I don’t know. I was refused admittance to the program because I was on an acting assignment. If I wanted to join the program I would have to do so at my substantive position that is at a level that I haven’t been at for years. Couple this with the reclassification (as part of the EC conversion) and I will actually be losing two levels, and the opportunities and the pay associated with them. Moreover, the acting position I am in will eventually be staffed by someone in the development program; how’s that for cruel irony? Once again, I find myself facing circumstances that will most likely result in me having to look for another job.

[CPSR]: Is there anything you want to share with people reading this interview that might help them avoid some of the things you have had to go through?

[NSNH]: Absolutely. First, despite all my difficulties, I have worked very hard to get to where I am today. Sometimes when things are tough it is easy to forget how hard you’ve worked. Second, students need to be encouraged more when they are on coop, FSWEP or casual terms with the government. It is so easy for them to get discouraged or internalize a lazy work ethic when no one is paying attention to them, or when they are denied involvement in big files and interesting tasks. Third, if we as government are going to offer development programs we need to do a better job in communicating exactly what they entail. Finally, something needs to happen with our human resources practices. Hiring someone shouldn’t be seen as a burden. Staffing is often so complicated that many of us go the route of acting positions because they can happen more quickly. Yet in the long run they are not necessarily the best option for either the candidate or the hiring manager. Given the demographic pressures facing the public service, if we don’t get these things right, and someone else does … well, where do you think people are going to choose to work?

[CPSR]: Thank you so much for sharing your story with us, we appreciate it and wish you all the best moving forward.