Column: Measuring the Value of Social Media in Government 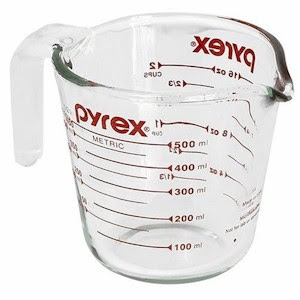 The more time I spend examining the use of social media within government, the more I think that measuring the value it brings is a near impossible task.

I didn't think that way at first, rather, I thought that its value simply defied quantification. But the more I reflect on the situation the more I realize that we can’t quantify the value because we still rely heavily on traditional empirical standards. Don’t get me wrong I am not advocating doing away with empirical approaches but rather simply stating that social media is still so new to government that it would be premature to expect to accurately capture its value in a spreadsheet.

I am not really sure how to approach this line of reasoning, so please bear with me while I think a couple of examples through out loud.

For example, how does one measure the value that the single Government of Canada-wide wiki (GCPEDIA) created when I switched departments? Two important things happened while I was in that awkward position of awaiting transfer papers to be completed – you probably know the spot, the place where your new boss is anxious to get you rolling and your old boss is either trying to squeeze every last drop out of you or is otherwise ignoring you completely. First, since I had already fully integrated the wiki into how I was working, I was able to seamlessly carry over all of my ongoing research. This was incredibly valuable to both myself and my new department because I was working on similar issues (e.g. use of collaborative technologies in government). Second, I was able to physically start pulling the pieces together for my new role given that my predecessor had also fully integrated his work into the wiki.

So here is the dilemma: how does one articulate the value created by GCPEDIA in this example? It can never be a line item on a spreadsheet because, first, there is no easy way to attribute a dollar value to it, and second, because there is confusion over whose spreadsheet it should go on. Do we assign it to my previous employer who realized the benefits of me not having to spend as much time managing my departure and thus was able to continue to work right up until my last day? Do we assign it to my new department? Do we assign it to Treasury Board, who provided the tool that facilitated the creation of this value? All, in my opinion, very good questions.

A second (related) example: How do we measure the value of the National Inventory for Bridgeable Students, in the last 30 days, the most popular landing page within GCPEDIA? Again, this is something that simply could not have happened without GCPEDIA. So who does this inventory generate value for? Students? Hiring managers? In what department? Is it quantifiable?


I’ve got a little scheme, I hope you are interested

Like I said above, I am simply not comfortable with trying to quantify the value of social media within government yet, that being said, I am willing to qualify it. So in the spirit of purposeful story telling I would like to pull together as many of our stories as possible into a small package (which I will make available on GCPEDIA) that we can share with others so that they might better understand what we have accomplished and what we hope to continue to accomplish in the future. Moreover, if you have tried to use social media within the government and have found your effort fall flat, I would like to hear about that experience as well because there may be an opportunity there to do some learning.

I am looking forward to hearing form you.