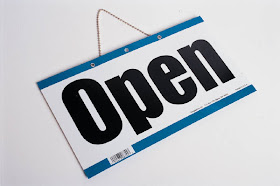 One of the cruelest ironies of the public service is that public servants are reticent to share while simultaneously pointing to poor communication and/or incomplete information as the biggest hindrance to their work. I hear about this irony almost daily, be it in anecdotal discourse with colleagues or appearing in more structured ways such as employee opinion surveys. What is most unfortunate about this cruel irony is that it makes certain web 2.0 technologies, such as wikis, a difficult sell to many public servants, public servants who would otherwise have a lot to gain by using them. Sadly, and I don’t want to dissuade you here, but if David Eaves’ assessment of the hype cycle is correct, then it’s about to become a much harder sell.

Whenever I explain public service wikis to public servants the push-back is usually immediate: people are very much opposed to opening up their work in a manner that would make it readable by any other federal public servant (in the case of GCPEDIA) let alone editable.

Regarding the first assumption, my experience has been quite different. I am unfamiliar with the majority of the work going on inside GCPEDIA, as are most users, I suspect. What people are familiar with however is what they have either interest or expertise in. The messy nature of the wiki and the vast amount of information therein means that one can really only get to something that they are actively looking for.

As for the rest of the assumptions above, consider these statistics about the wiki version of Scheming Virtuously:


The edits were as follows:
Despite my best efforts to make Scheming a dynamic page that was envisioned to solicit input from other public servants it is essentially static. So, while people are viewing it, very few have decided to edit it, and those who did added substantial value to it.


The Relationship to Open Data

This little exercise got me thinking, is the reluctance faced by the open data movement built on similar assumptions, is the experience from practitioners as contradictory to those assumptions as in the case above?