Column: What Drives You? 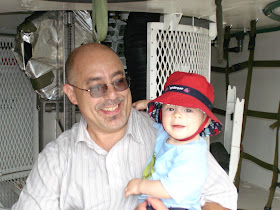 At the last #w2p mixer (an unofficial social event in Ottawa for Government of Canada Web 2.0 Practitioners) a colleague asked me "What drives you?".

I replied that I cared in the movement in a general sense; that I believe in a more open and transparent government; and that I think it will produce better outcomes for citizens.

I also told her something much more personal. I told her that I did it for my old man.

My father worked almost his entire career in the automotive industry here in Ottawa, and he did it in a time before there were safety standards. I remember being a child and being told to wait in the sales office until my father was done work. From the office I could see him walk into the spray booth to spray paint some part of a car, lit cigarette in his mouth, no mask, no ventilation. He worked hard, like his two brothers and his father. In fact, all the Charney men worked in the automotive industry.

Naturally I wanted to take up the family trade and started to work summers in a couple of the local dealerships, detailing cars and doing some prep work. Upon learning that exposure to industry chemicals had not only caused my grandfathers terminal cancer, but was the reason I would never have a sibling, I was forbidden from entering the family trade.

Years later, my father left the automotive industry and now works for an engineering firm as a health and safety coordinator. His job is to make sure that people work in a safe environment, something that he didn't have the benefit of when he was working. In short, he chose to work in a way that allows him to be difference maker. He constantly strives to improve working conditions and minimize needless exposure to harmful substances and dangerous situations.

I draw a tremendous amount of inspiration from that fact. In hindsight, it would seem that I did get into the family business after all: difference making.

I want to help build a public service that treats people better than I was treated when I first started.

What drives me? That's easy - my dad.

[Final note: my father lost his little brother last year to cancer related to his working conditions and he hasn't really been the same since, this column is for you dad.]
Share