Why I read it 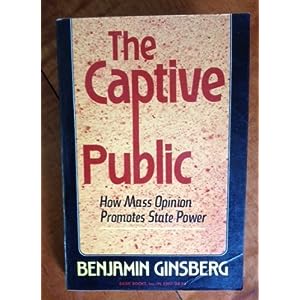 Sitting on my shelf unread; I acquired the book during my time at university but never got around to reading the entire thing - decided it was time to give it a go. Also, didn't have time to get to the book store and my wife was using her e-reader.


This book was written back in 1986 so obviously it is a bit outdated at this point; that said it does offer a comprehensive history of the evolution of polls in North America and if nothing else is very informative in that regard.

I suppose, in retrospect, I'd consider the book more of a history lesson at this point than something that you can work forward from.


My main take away from the book is best set up by the following quotation:


"... the forces of the political right have continued to be the chief devotees and principal beneficiaries of the new campaign methods. Indeed, the ascendency of the capital intensive technological format means that the balance of political power has shifted - perhaps decisively - in favor of the right. First because of their superior access to financial resources groups on the right will undoubtedly continue to be able to make more extensive use of the electronic media, polls, phone backs, and the other elements of the new technology. As the new political technology continues to supplant the older organizational format that generally favored the left, the political advantage will wing more and more toward the right." (p.174)

In the surrounding pages, Ginsberg makes the argument that the political right is better at raising capital and thus exploiting new technologies while the political left is better at organizing people at the grassroots. As a result, Ginsberg argues,  the political right will continue to introduce new means of mobilizing public opinion while the left will continue refine those methods and thereby produce greater efficiency downstream. One could consider the success of the first Obama presidential campaign in the United States as evidence of just that type of refinement.

All in all, I wasn't thrilled with The Captive Public, but if nothing else it was a significant lesson in history; and we all know the old adage about that one.