On the Clerk of the Privy Council 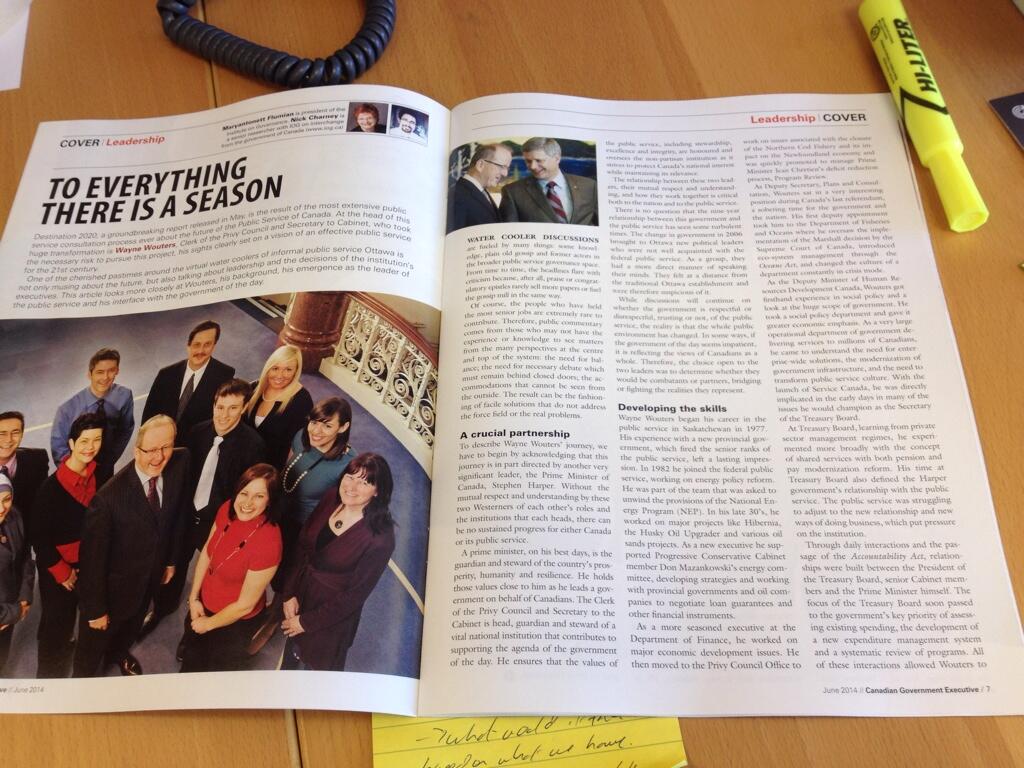 I co-wrote this month's Canadian Government Executive Magazine cover story with the Institute on Governance's Maryantonett Flumian; the article explores the relationship between the Clerk of the Privy Council Wayne Wouters and Prime Minister Stephen Harper. Here's an excerpt:

To describe Wayne Wouters’ journey, we have to begin by acknowledging that this journey is in part directed by another very significant leader, the Prime Minister of Canada, Stephen Harper. Without the mutual respect and understanding by these two Westerners of each other's roles and the institutions that each heads, there can be no sustained progress for either Canada or its public service.

A prime minister, on his best days, is the guardian and steward of the country's prosperity, humanity and resilience. He holds those values close to him as he leads a government on behalf of Canadians. The Clerk of the Privy Council and Secretary to the Cabinet is head, guardian and steward of a vital national institution that contributes to supporting the agenda of the government of the day. He ensures that the values of the public service, including stewardship, excellence and integrity, are honoured and oversees the non-partisan institution as it strives to protect Canada's national interest while maintaining its relevance. [Full article]


I think it's timely given all the chatter recently ...

... have a read, and let me know what you think; also Happy National Public Service Week :)