Weekly Column: The Opportunity for Enterprise 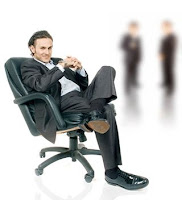 I was fortunate enough to have been invited to participate on a "one person task team" run by the President of the Atlantic Canada Opportunities Agency, Mme Monique Collette (who btw is an absolutely wonderful woman). Essentially, Mme Collette was asked by the soon to retire Clerk of the Privy Council, Kevin Lynch, to travel across the country collecting best practices in three areas: diversity, official languages, and communication.

As you might expect, I was invited to participate explicitly because of this blog. The session was very well run, with some pleasant surprises, unexpected fun, and most importantly, great ideas being exchanged.

Early in our conversation, someone raised a fair point: the conversations we were having about fostering bilingualism, capturing diversity, and opening up communications had already happened, a number of times, in a number of places. So how do we move beyond them? Ironically, her point was one that had also been raised repeatedly.

Being the “blogger/social media evangelist/new collaboration preacher” in the room, I’m not sure if Mme Collette was just keenly aware of who was in the room, or if it was just ridiculously apparent by my face that I wanted to jump into the conversation. Either way (though it was probably a bit of both), she quickly gave me the floor.

Naturally, I brought up GCPEDIA and its enormous collaborative potential, and made a couple of points worth sharing.

First, I pleaded (begged really) for Mme Collette to make the findings of her task team available in GCPEDIA, and even volunteered to put them there myself (to which they were quick to oblige).

Second, I drew attention to a statement made by the Clerk in his latest report. Specifically, when he states that:

The business of government has become markedly more complex than in the past. Today, almost every department and agency must deal with global challenges, using new tools and asking people to work in new ways - in integrated teams, often across organizational boundaries.

Great statement, right? Anyone looking to build a business case for the adoption of new tools (e.g. social media tools) should be quoting the Clerk on the first page. That being said, I think the Clerk could have been a bit more specific, something like this perhaps:

The business of government has become markedly more complex than in the past. Today, almost every department and agency must deal with global challenges, using new tools and asking people to work in new ways - in integrated teams, often across organizational boundaries. That is why a tool like GCPEDIA is so important. GCPEDIA is the first of a series of small but deliberate steps to address enterprise-wide problems in a more systematic way.

Those extra two sentences would have been a boon to the project; I need not even explain why. The more I reflect on public service renewal the more I feel like enterprise-wide (i.e. federal government-wide) technical solutions are necessary. They are important because they do something that has thus far seemed to elude the public service for too long: they show us the need to think about our business as an integrated whole, and more importantly, give us a proven and tangible means to act as an integrated whole.

I will be honest, I have a whole lot more to say about this and leadership under these circumstances(things that I have been reflecting on a lot lately), but for now I bite my tongue.

Maybe next time, but until then your thoughts?