Round Up: Opportunity to Participate, Leadership, Survey Data, News and More 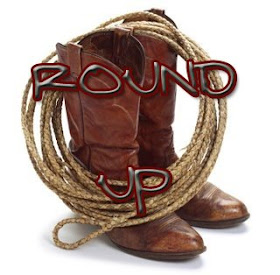 Dubbed the SILOBUSTER, this quarterly social that brings together young professionals from public service, business, and not-for-profit sectors to network, share ideas, build bridges, and talk about a hot public issue, including:
This is a good opportunity to meet other professionals; I have made arrangements to attend, let me know if you are coming so we can share a pint and a great convo.

If you don't have time to read Seth Godin's Tribes, you can get pretty much all of it via this talk at TED.

By now you should have been advised via the official channels that the 2008 Public Service Employee Survey Results are now available. I am poking around a little bit seeing if we could open up the data in this survey so we could do some analysis of our own. Let me know if you think you'd be interested and I will keep you informed as to my progress (or lack thereof).

Apparently the Federal government language tests may have been leaked, and as a result the government is recreating brand new tests and a federal watchdog is homing in on temporary government workers.

Meanwhile, a the Government of Canada has a new Chief Information Officer. You can find a little more info here.

There are a couple of articles worth reading in this month's Canadian Government Executive Magazine, one about the Clerk's campaign for cultural change and an interview with the Deputy Minister of NRCan, Cassie Doyle.

Things Coming Out of PCO

Peter Cowan blogged about the use of blogs at NRCan on the GTEC blog. This quick read is well worth it. In fact, at the request of a colleague who also read it, I turned his post into a two page deck to illustrate viable business functions of blogs within my department.

Out in Vancouver, David Eaves has been doing some great work to help move the City of Vancouver into an era of open. Read about it on his blog, here and here.